Food I found in India

I just spent a couple of weeks in northern India (to attend IBAC). Did I have some great food? Of course I did.

No fancy gastro stuff, just tried the local cuisine. Funny thing is, as an English person and living in East London for more than a decade, I already knew plenty about the food! Or at least I knew more than the other international delegates did. The Indian names, the difference between naan and chapatti and poori, for example, or what's a palak paneer.

Credit's got to go to Sarab Sethi for showing me his favourite street food when we were in downtown Haridwar - aloo tiki, which is fried potatoes and yogurt with sweet and savoury sauces. Kind of like an Indian equivalent of chips with mayo+ketchup, maybe... or maybe that doesn't do it justice! And thanks Phil for the photo: 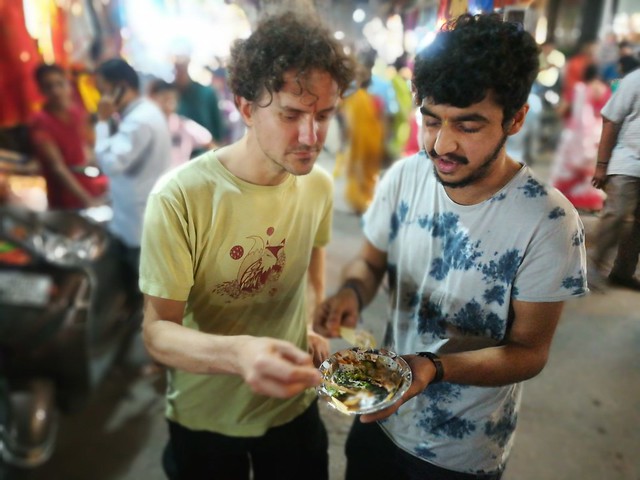 In the north India region, two staples of the local cuisine seem to be dhal makhani (buttery thick lentils) and paneer (cheese) curry, which we were served often. To be honest, though, those are very rich, too much to eat every day. On quite a few days I went for a lovely dosa instead - a crispy curry-filled pancake, which is from south India originally, and also not an everyday meal but I do like it.

I did have some top dishes locally though. At a dhaba (a roadside caff) we had some excellent-tasting chana (chickpeas) - no idea how they were flavoured so well but they were. The curried brinjal (okra) dishes were good too, nice and fresh-tasting. 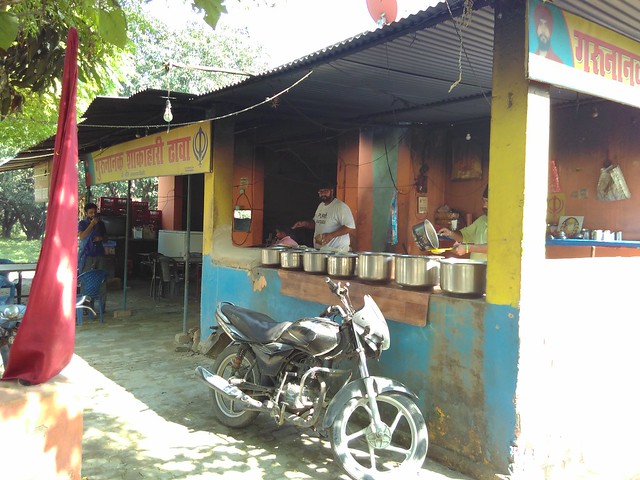 In Delhi (at the start of the trip) I found a well-reputed eatery called Khaki di Hatti. They do massive naan breads - seriously massive, I recommend you agree to order the "baby" one when they suggest it! - and I had a great spinach kofte dish there. It was kofte ("meatballs", you might say, though vegetarian in this case) made of breadcrumbs and who-knows-what-else, in a lovely savoury spinach sauce. 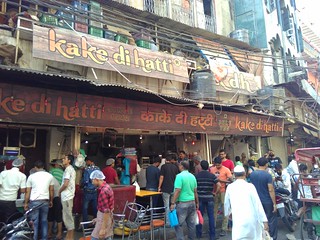 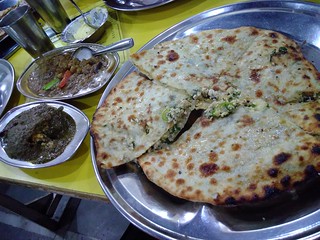 Eating veggie is easy in this region, since so many people are veggie. But then so is eating non-veggie. Lots of places are "pure veg" and in most other places it's really clearly labelled.