I bumped into the Iron Curtain

So I was on holiday in the mountains bordering Germany and the Czech Republic. Walking around, it was actually a bit odd to be simply walking between Germany and the Czech Republic simply by pootling down a street - i.e. making good use of the Schengen free-movement area that's been one focal point of the migration and refugee news this year. So that was on my mind a bit. (And no I didn't spot any migrants!)

Then in the woods, I saw something unexpected. - A grid of little concrete pyramids, each about a metre high. Just sitting there, not part of a building, or an art installation, or anything, as far as I could tell. Looking fairly old and unkempt. An area of about 15 by 20 metres, weird.

I didn't take a picture, so here's an artist's impression: 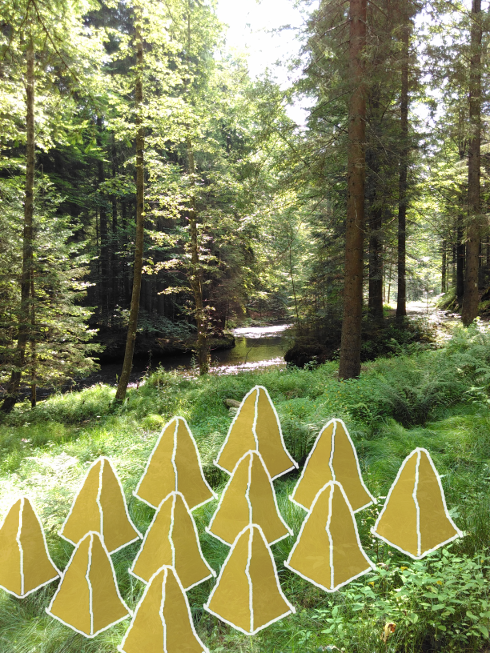 Eventually I saw there was a little notice by the side, explaining that these were a leftover part of the tank-trap strip that defended the Iron Curtain a few years ago. Thick forest provided a lot of the border defence against tanks - but in the channels between forests, these tank traps would be built so that tanks would scupper themselves on the pyramids. Then the guards watching from the nearby towers could do the rest.

Here's a picture I found online, of some similar leftover pyramids in the Czech Republic border area: 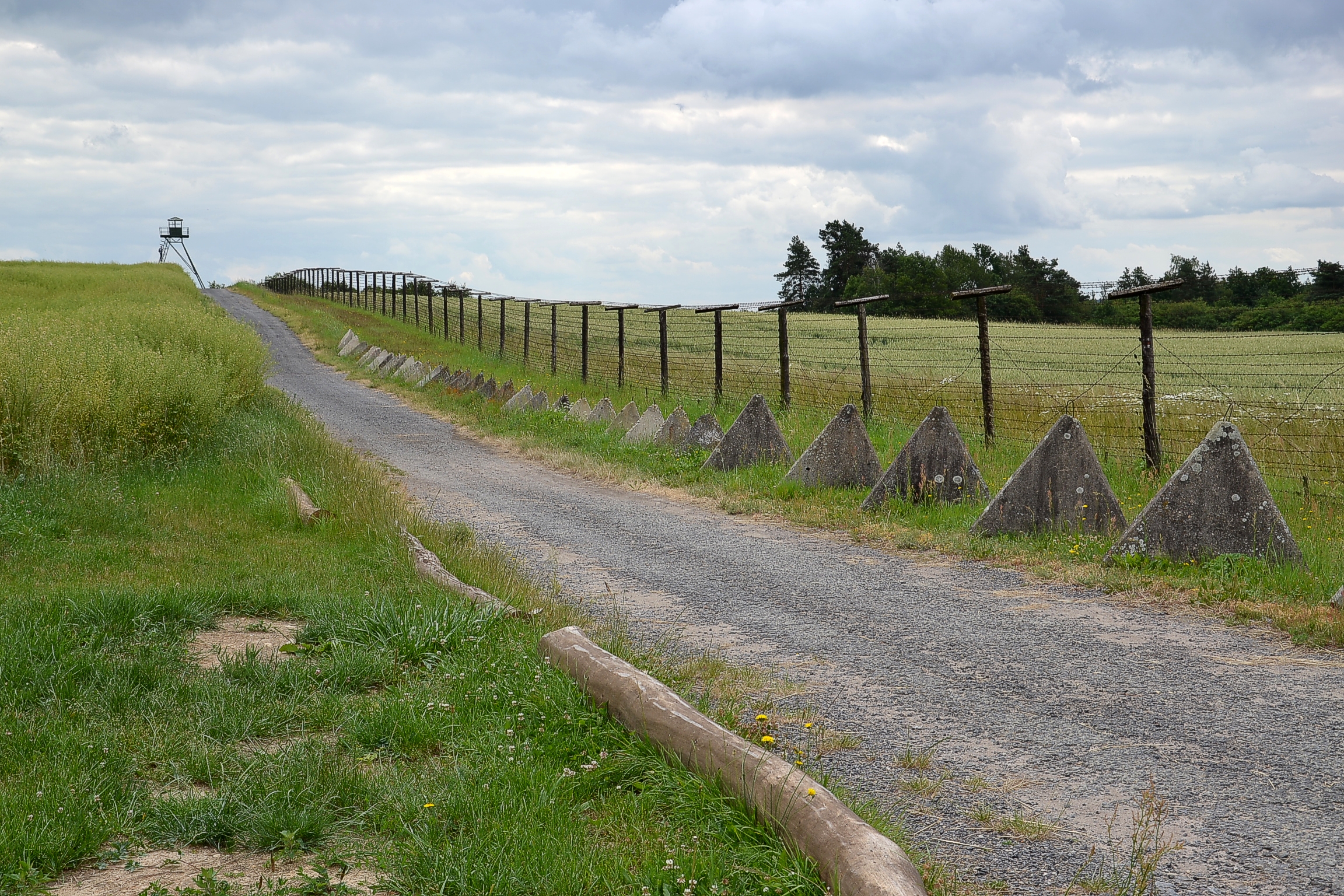 (Photo is by Marcin Szala via Wikimedia, CC BY-SA 3.0)

There were a couple of photos included, of tests where they drove tanks on top of the pyramids. The thought of it, in this peaceful forest. An "enemy" (or any) tank coming hurling down the way, aiming for the border, crashing over the landscape, through fences etc. This is what borders in Europe used to be like. Within my lifetime. These are the eventualities that planners had in mind.

It puts in perspective how we currently talk about borders, with the EU and Schengen and Brexit. I presume that Germans who remember their country before unification already have this perspective...? But as a mainland Brit, it's not like that.

(I know it's also how some borders are right now. For example between Israel and Palestine. Maybe we should all go and experience the physicality of those things first hand.)

Politically, the world is quite unstable right now, and it's really unclear how the multiple crises of 2016 will play out. Whatever happens, the future will not be exactly the same as the past. But when you bump up against our very recent history (the Iron Curtain) in physical form it really brings it home, for someone who never experienced a war - never really even felt the brunt of the troubles in Ireland, though I remember the Manchester Arndale bombing - that the peace and stability that happens (?) to coincide with the EU era is not something to be taken cheaply.

Further reading: I found this nice travelogue from someone who travelled along exploring the Iron Curtain etc, while I was looking for the photo.