The International Bioacoustics Congress 2015 was a fantastic conference. Lots of fascinating research, in a great place (Murnau, Bavaria, Germany), and very well organised. Here I'm making some notes on the interesting research topics I encountered. I can't list everything because almost everyone at the conference was doing something fascinating! What a niche this is ;)

This was my first IBAC. I'd say the majority of people were animal communication or animal behaviour researchers, plus ecologists, sound archivists, a composer or two, a couple of industry people and a couple of computer scientists. (I didn't spot any acousticians/physicists, I was wondering if I would.) Lots of great people talking about animal sounds.

My own presentations went down well, I'm pleased to say. I had a talk about our Warblr bird sound recogniser (here's the journal paper, Stowell and Plumbley (2014)), and a poster about inferring the communication network underlying the timing of animal calls. (From the latter, lots of good conversation about whether cross-correlation was a good tool for the job. My answer is that it's perfectly fine for pairs. For larger groups it's tolerable if you have enough data, but I have a better way... need to write it up.)

My colleague Rob Lachlan presented his really neat work on vocal learning in chaffinches. Apparently chaffinch syllable transmission is one of the most precise cultural transmission processes that's yet been quantified. I'd imagine he could tell you more about how that might relate to questions of the birds' innate biases etc.

Now here are some good things that were new to me. (Note that I'm quite a bit biased towards birds rather than the other taxa.) I'll save all the zebra finch items until the end since they're interrelated and something I'm currently thinking about. First, miscellaneous highlights:

To all at IBAC: my apologies if I misrepresent you here, missed you out, or misspelt your name! In particular I didn't manage to see much of the second poster session since I was myself presenting a poster.

At the end of the conference there was an organised visit to MPIO Seewiesen, where a lot of good bird studies are happening. I was most struck by the magnificent ravens, living in outdoor aviaries and showing off their awesome vocal skills.

What else? Well, lots more. A great hike organised in the wetlands around Murnau (Murnauer Moos). Bavarian beer and food. The mountains as a backdrop... 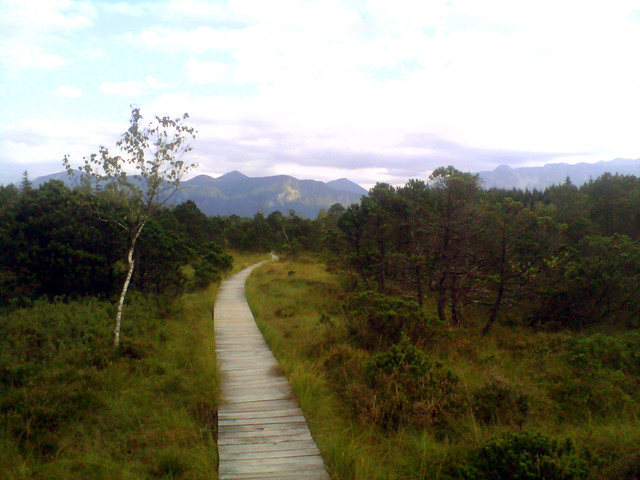