A baked germanic cheesecake with blackberries and lemon curd. Yes please. Makes a cheesecake for 12 slices. 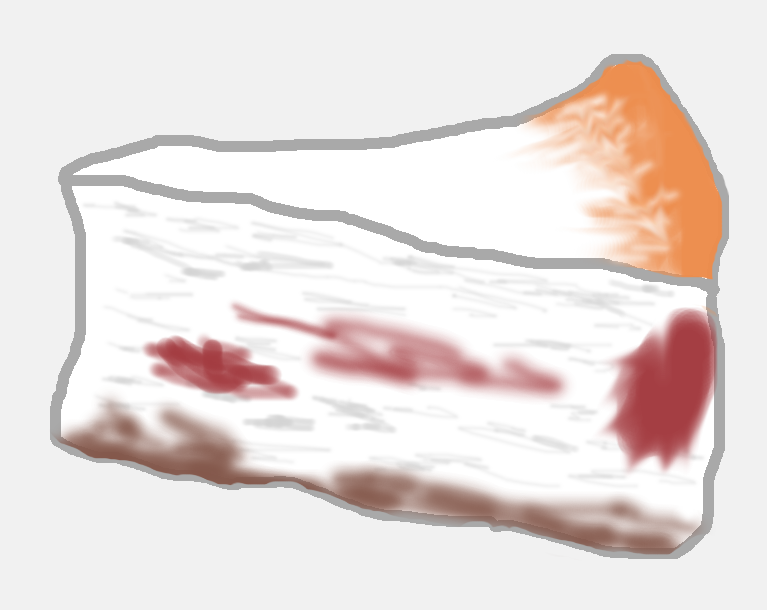 Put the oven on at 180C. Line a round springform cake tin (7" diameter maybe) with greaseproof paper.

Crush the biscuits roughly in a bag, and melt the butter/marge in a pan or in a microwave. Mix the biscuits and butter/marge well then press it into the tin, forming an even base all the way to the edges. Put in the oven for 10 minutes, then take it out and leave it out to cool. If you have time, put it in the fridge for up to an hour to firm up.

Whisk the egg whites to stiff peaks. Then fold them gently into the quark mixture, with a wooden or plastic spoon, taking care not to over-mix (which would take the air out).

Now to assemble the thing in layers:

Now bake this in the oven, for about 90 minutes. (Cooking slowly, at 140 rather than 180, is so that it doesn't brown on top, or at least not much.) Turn off the oven and let the cheesecake cool in the oven, with the door ajar (cooling it slowly helps prevent cracking, though when using the blackberries it's quite unlikely you'll avoid all cracking). Refrigerate.

Serve with some blackberry coulis if you have more blackberries! Not necessary though. It's great as-is - ideally you should get it out of the fridge a while before you eat it so it isn't too chilly.

The traditional Scottish dessert of cranachan involves raspberries, oats, cream and whisky, so let's do something like that! Follow the recipe above but: