So after I beatboxed for the scientists they've sent me some of the output from the laryngograph tests. Here it is!

First of all here's me doing a kick-drum-plus-bass sound:

Here's a picture of that same clip: 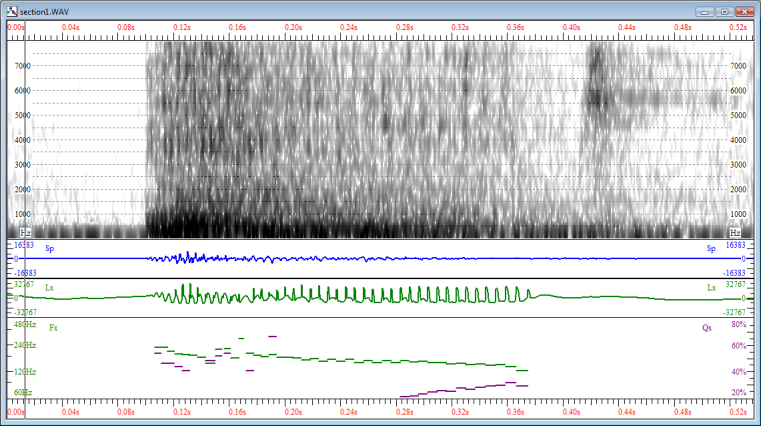 In that picture the audio recording is the blue "Sp" line in the middle, and the larynx trace is the green "Lx" just below it - the signal goes up when vocal cords close, goes down when they open.

Towards the end of the clip my larynx is opening and closing normally, a regular opening-and-closing just like in normal speech. But towards the beginning it's a bit more chaotic than that, and it almost looks like there are two different frequencies competing to take over. I'm not entirely sure what this implies, but the researchers pointed that feature out, and maybe it's connected to the sound that's produced somehow.

Here's a picture of that same clip: 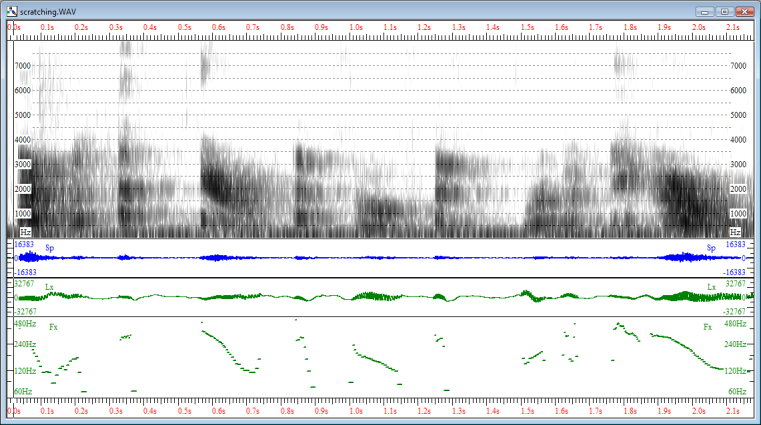 The main thing they were looking at on the scratching was the very fast pitch changes - look at the lowest panel and the green "Fx" line, which is the fundamental frequency. It changes by up to one-and-a-half octaves in 150 milliseconds, which apparently is ridiculously fast. Now I'm not the best vocal-scratcher in the world, so I bet that it goes even faster than that for others...